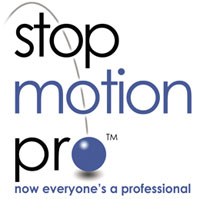 Due to the large time zone difference and tight deadlines faced by film production companies, it is crucial that Stop Motion Pro delivers these enhancements within a very short timeframe.

Stop Motion Pro has become a standard tool for teaching animation techniques in schools and universities around the world.

Based in Melbourne, Australia, Stop Motion Pro is the world leading software for filming stop motion animation and is used by animators worldwide to improve the quality and speed of producing an animation. With more than 10 years of constant refinement, Stop Motion Pro pioneered the integration of camera technology and computer-based workflow that transformed analogue film processing to digital processing, saving film production companies thousands of dollars and speeding up the production process from days to hours.

“When we took Stop Motion Pro to Aardman Studio to make their films and TV commercials, they couldn’t believe how economical and efficient it was to actually produce their animated films, saving them tens of thousands of pounds.”

Using Embarcadero Delphi as their development tool of choice, Stop Motion Pro has evolved to be the leader in the Stop Motion Animation space. The application has been widely used in the entertainment film industry including Academy Award ® winning film makers, Aardman Animations who filmed Wallace and Gromit using Stop Motion Pro. “When we took Stop Motion Pro to Aardman Studio to make their films and TV commercials, they couldn’t believe how economical and efficient it was to actually produce their animated films, saving them tens of thousands of pounds,” Ross Garner says. 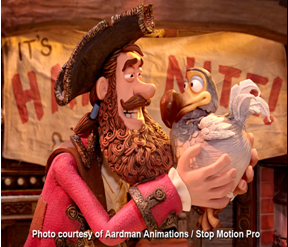 The new Pirates! Band of Misfits film has also been created using Stop Motion Pro which is the most elaborate stop motion feature film in history. “The dependable features, and superior animation visualization tools, found in Stop Motion Pro provided the Aardman animators with instant feedback as they create the animation,” Ross added.

The fast turn-around of delivering feature requests combined with an arsenal of tools and components that you can exploit to meet dynamic customer demands are some of the many benefits of using Delphi. Using Delphi, they were able to develop, test and deliver these new features to their customers the next business day.

Ross believes that Delphi has saved Stop Motion Pro significant staff and administrative cost simply because no additional developers have been required to respond to customer-driven enhancements. The company has a minimal development team, all performing multiple project roles and therefore has more funds to invest in other areas of the business.

“With Delphi, you are not spending an exorbitant amount of money on a cast of thousands of developers to release a Windows product,” says Ross Garner. Stop Motion has not changed their development platform since they started eleven years ago. “There were very few choices to develop Windows software that was intuitive and very well designed. Delphi to me is all of that and I think is still a clear choice!”

Stop Motion Pro has become a standard tool for teaching animation techniques in schools and universities around the world.